Keeping it In Check! 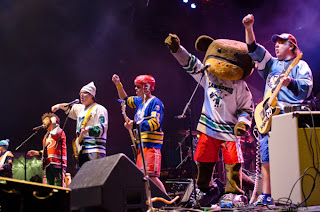 OSWEGO, New York (June 15, 2011) – The 2011 Erik Cole Dream Big Foundation Golf & Hockey Classic will once again be held in Oswego on July 22-25. This year’s event will feature a live performance by the hockey-themed musical group, The Zambonis.

The popular hockey-rock musical group, The Zambonis, will perform at 7 pm at the SUNY Oswego Campus Center on July 23rd during the NHL Player Exhibition. They will perform hockey favorites including “I Want to Drive a Zamboni” and “Hockey Monkey.”

The Zambonis were formed in 1991 by defensemen, guitarist and singer Dave Schneider when he envisioned a group that played nothing but songs about hockey. When explaining the band’s one of a kind style Schneider says, “We’re the only band in the world whose two biggest influences are The Beatles and Wayne Gretzky!”

The band has released many full length CDs as well as many popular singles. Their songs can be heard on NHL, NCAA and minor league hockey play lists around the country. In 2002 The Zambonis opened the NHL All-Star Game alongside Jewel and Five for Fighting. The NHL has commissioned the Zambonis to compose theme songs for the Boston Bruins and the Colorado Avalanche. In addition, The Zambonis have extensively toured with the Stanley Cup.

The Zambonis performed previously in Oswego during the 2008 Harborfest.
Posted by Syracuse Hockey Mom's Network at 7:46 PM No comments: 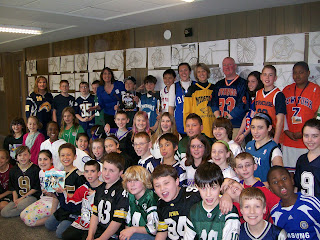 Posted by Syracuse Hockey Mom's Network at 2:09 PM No comments: